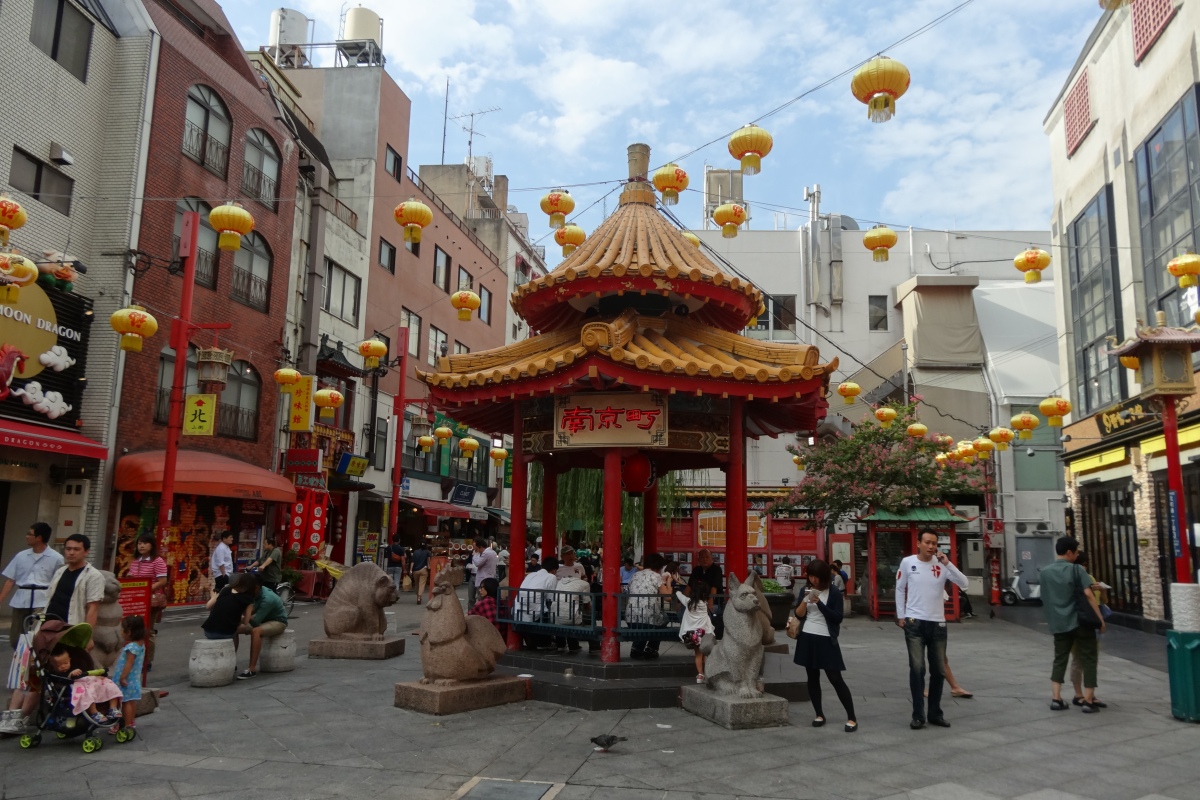 As the novice traveler that I am, the only way I really know how to explore and find out as much as I can about somewhere new is quite simple. I love to get good and lost in every new city, town, and place that I go, looking for the best photo opportunities, restaurants, and family-owned shops. This happened today in Kobe, Japan, and I finally feel like I have my bearings in my new hometown.

Following day long meetings, a friend and I set out into Kobe; to walk through Harborland and then to find some places to do shopping to pick up some new items for our apartments. What we encountered along the way truly exemplifies the modern Japanese city: bustling city streets teeming with modern life which sit alongside (or sometimes overtop) vestiges of an older world, with family-run shops, open-air markets, and shrines and temples occupying prominent locations in older neighborhoods.

As we returned from sightseeing from City Hall’s observation deck, one wrong turn from Flower Road led into an interesting afternoon filled with the aromas of fresh takoyaki and various Chinese foods, the sounds of a bicyclist ringing his bell, and a brief feeling that we were not inside of Japan’s sixth-largest city. Suddenly, we were in Chinatown.

As we walked through Kobe’s Chinatown, we quickly were caught up in the elegance of the small shops peddling their food to passersby with the type of charm that we have come to know and love in Japan. At the same time, some boys were ringing the bells on their bicycle as they tried to pass a large crowd. Several yards later, we encountered a small shrine with seating areas and lanterns spanning the wires overhead. For a moment, we forgot that we in Kobe and admired at the great scene in front of us on this unusually comfortable late-August day in the Japanese summer.

As quickly as this moment was upon us, we continued on elsewhere, only to end up walking through Kobe Piazza, another marketplace where vendors line every square inch of shop space underneath the JR train tracks, only separated from one and another by a five foot wide pathway spanning the length of this plaza. As our shoulders bumped into shoppers going into the other direction and as we walked in and out of the clothing, bag, and shoe stores, we realized that we had re-emerged in a familiar location: Centergai shopping plaza.

As fleeting as this moment of peace and newness was, it was remarkable to experience a new part of the city for such a short period of time.

My friend and I were good and lost in a familiar part of town following just one wrong turn, but now we know where we can go to escape the hustle and bustle of one of Japan’s largest cities. The quaint sound of street vendors, bicyclists, and relaxation all came alive today because we were good and lost.

Sometimes, the only way to truly learn about a new place is to get good and lost.