This weekend I trekked to Tokyo to see the gorgeous cherry blossoms open throughout the city. The opening of the blossoms and the changing of the seasons are very symbolic in Japan.

During this time of year, there are many special ceremonies and cultural events. One of them is called ohanami (お花見), where friends, family, or groups of people will lie out a tarp and enjoy food and drinks under the blossoming cherry trees. While most people will wear normal clothes, some Japanese wear traditional clothing for this traditional event.

Saturday started off at the famous Asakusa Shrine where hoards of Japanese and tourists alike assembled to take in one of Japan’s most famous sites. While incense burned, two women walked through the crowd on their way to pray at the shrine. Their brightly colored kimono stood out from the rest of the crowd.

From here, I continued onward to another famous park in Tokyo, Kuritsu Sumida Park, directly across the river from Tokyo Sky Tree, Japan’s tallest building. Along the river, children played, families took a stroll in the warm morning and afternoon breeze, and many people enjoyed hanami. Amongst the mayhem there were many kimono and many beautiful cherry blossoms. Almost as soon as I arrived, this image of a woman and her daughter caught my eye. Their kimono were beautiful!

As I continued down the walkway, more Kimono were visible. Friends and family alike were dressed up for this special occasion.

Some younger girls in kimono were even interviewed for a television program.

From here, I went to a few more parks and gardens, namely Shinjuku Gardens and Koishikawa Botanical Gardens, but there were no kimono, just countless beautiful flowers. After these stops I stopped at Kita no Maru Park and encountered a few more women wearing kimono. 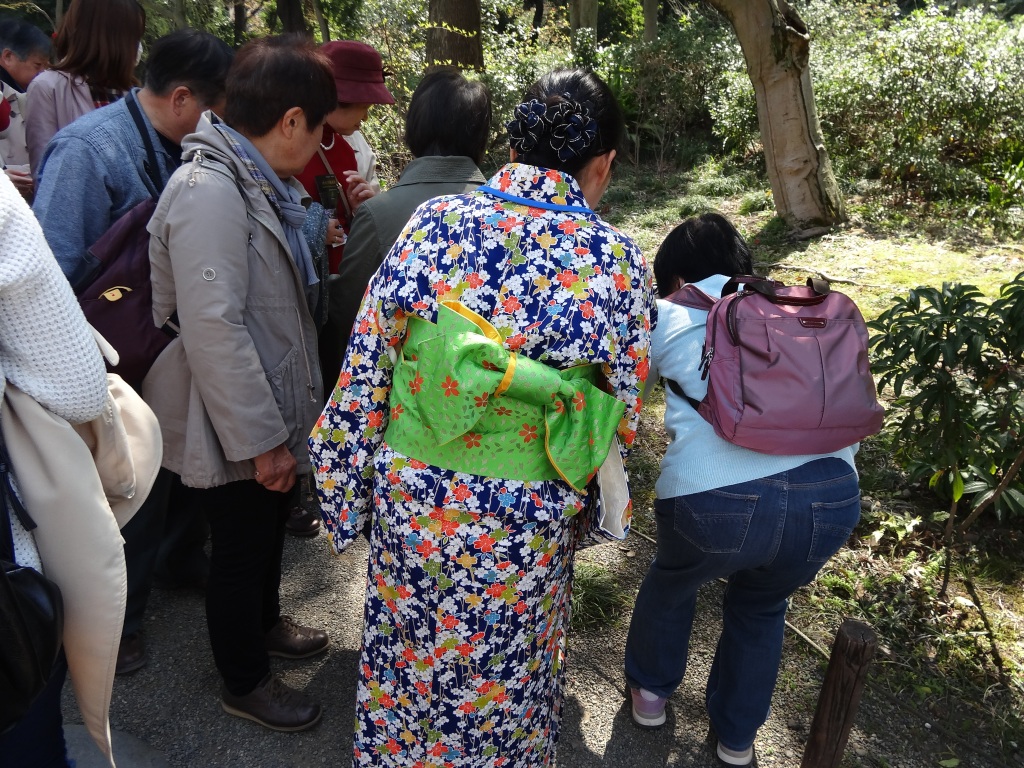 The day was waining but spirits were high. One more stop remained on my itinerary.  The last stop of the day proved to have the day’s best imagery.

One of Japan’s most famous and most controversial sites is Yusukuni Shrine, which is the shrine dedicated to Japan’s war dead. The shrine in the heart of the Chiyoda Ward offers some of Tokyo’s best cherry blossom viewing opportunities. After a long walk through a massive festival with live bands and street food, I arrived at the shrine to see some of the flowers. On the right, something special caught my eye.

Japanese men and women were dressed in traditional clothing performing a special dance inside the shrine grounds. I stood there and watched it for over 20 minutes. Here is what I saw. 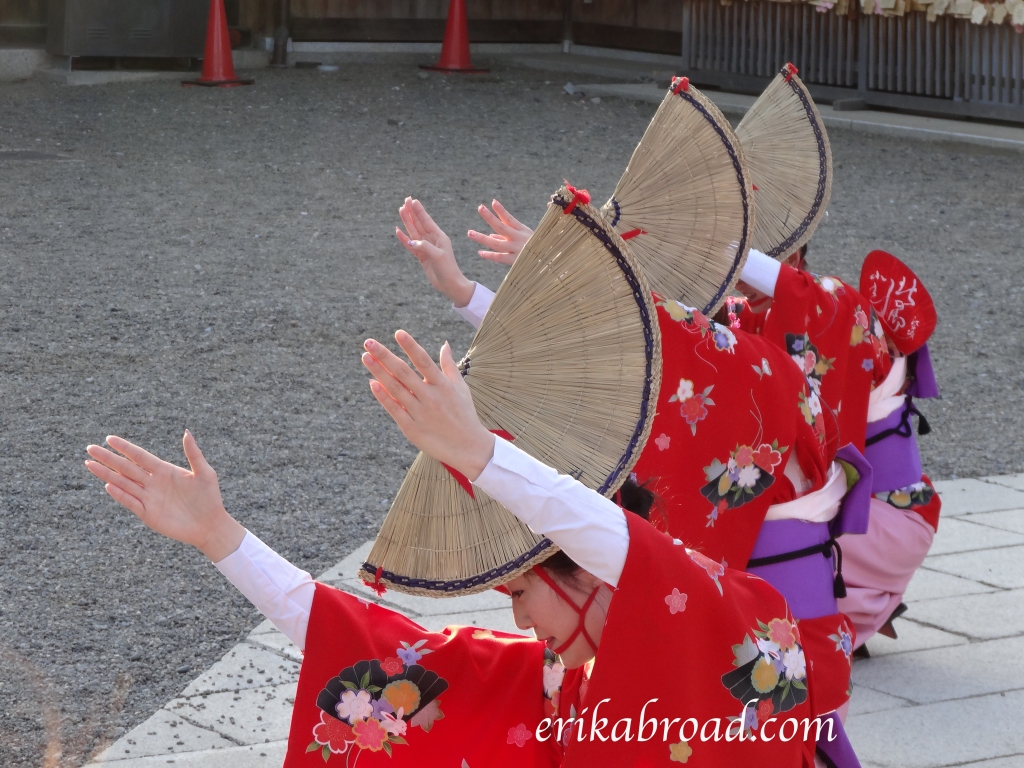 Three women were dressed in beautiful kimono and performed synchronized dances while a traditional Japanese band strummed shamisen and beat taiko drums. It was an interesting sight to behold and I will be uploading a video at a later point.

As the performance closed and daylight wained, I had one more chance encounter with a kimono. Through the sunset and the cherry trees, this woman’s kimono stuck out from the rest of the crowd.