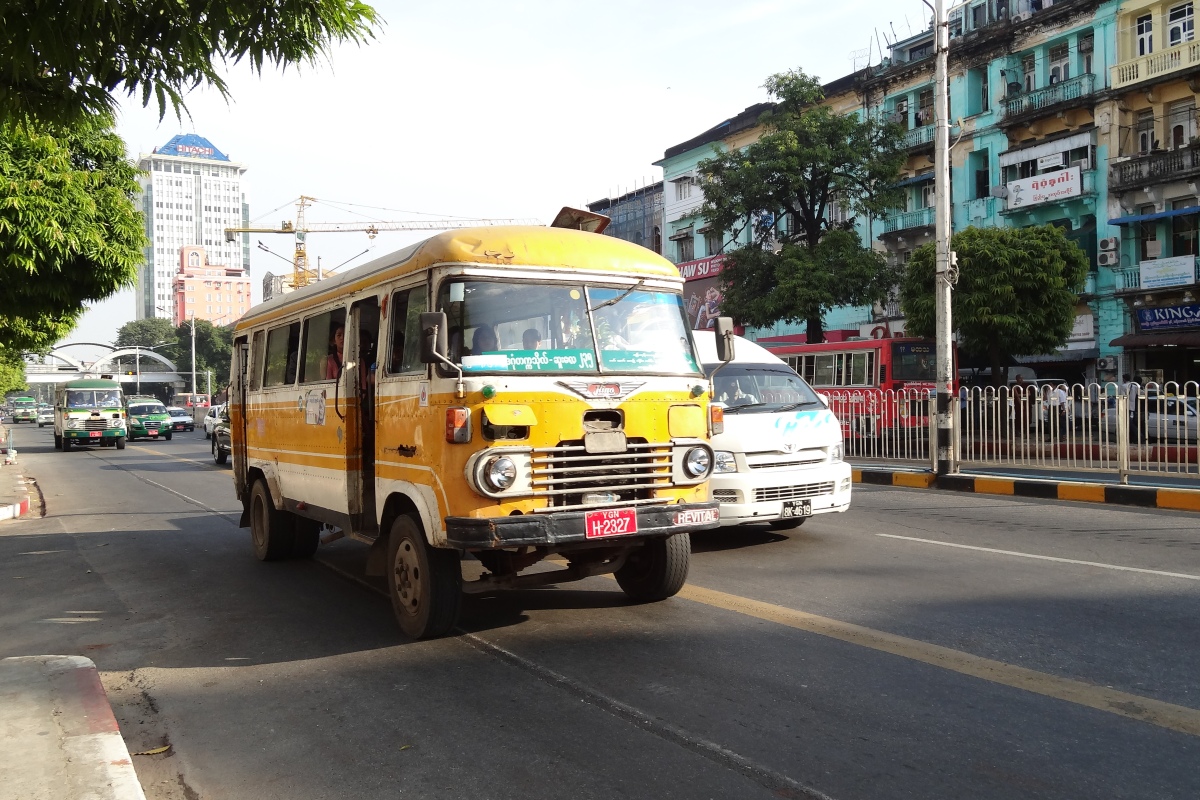 Southeast Asian megacities are known around the world for their snarled streets, daring drivers, and smog-tinged skies. Saying Bangkok, Hanoi, or Saigon may invoke images of motorcycles and swerving taxi drivers, but one Southeast Asian city stands out from the rest for its interesting array of vehicles and how they drive: Rangoon (Yangon), Burma (Myanmar). 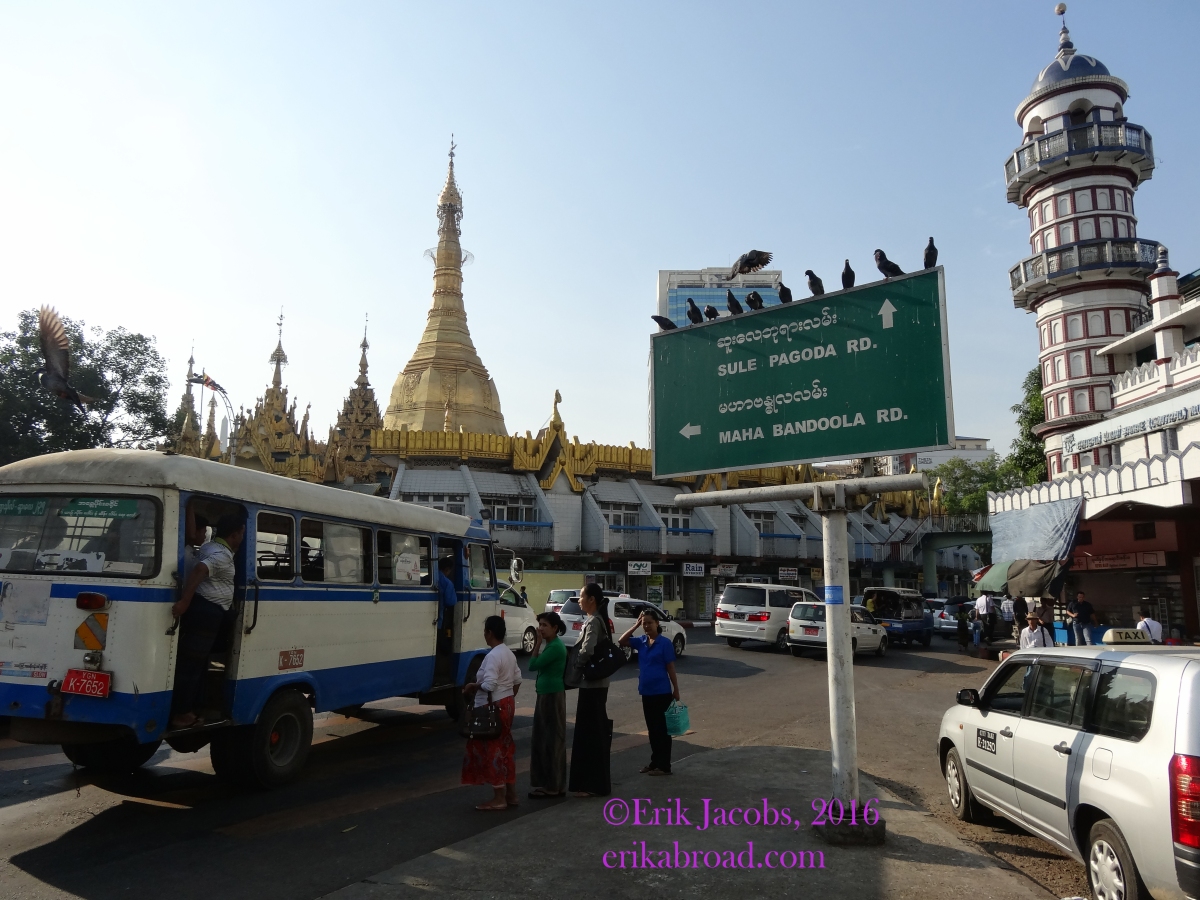 One thing that makes Rangoon unique among Southeast Asian cities is the lack of motorcycles and motorbikes. They were banned from Rangoon several years ago when a motorcyclist struck a vehicle driven by a military official.

While Rangoon certainly does not have as much traffic, congestion, or pollution as the aforementioned cities, it makes up for it by being a literal boneyard for a hodgepodge of right and left-side drive second-hand imports from Japan and South Korea that all drive on the right side of the road! I first noticed this when my driver picked me up at the airport. He was seated on the right in a vehicle with a Japanese language navigation system, yet we were driving on the right side of the road! Below is a right-side drive Japanese bus in the heart of Rangoon. 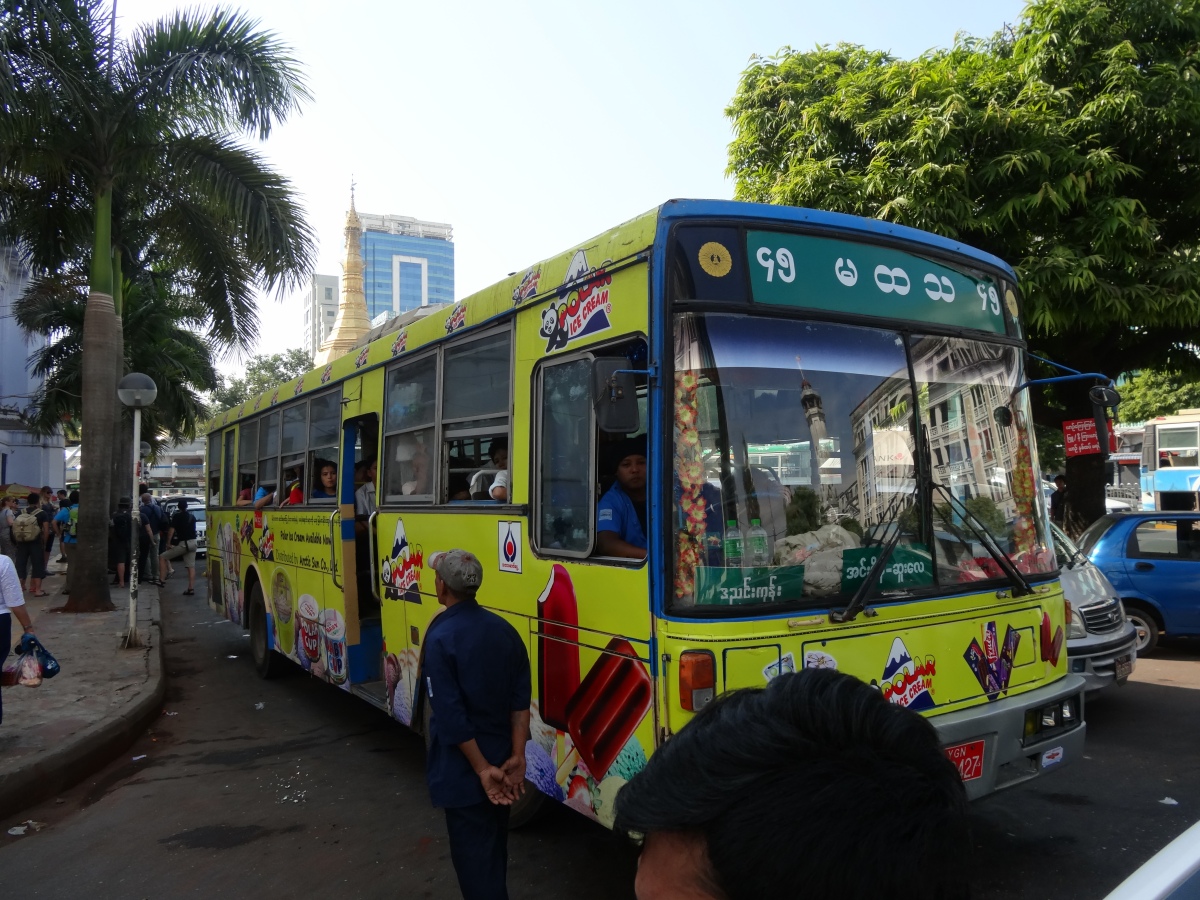 Car enthusiasts should check out the interesting traffic situation in Burma before it is too late and the all the clunkers on the road are replaced with new busses and cars with left-side steering wheels. There are even traffic cops who direct traffic at a few major intersections in the city. 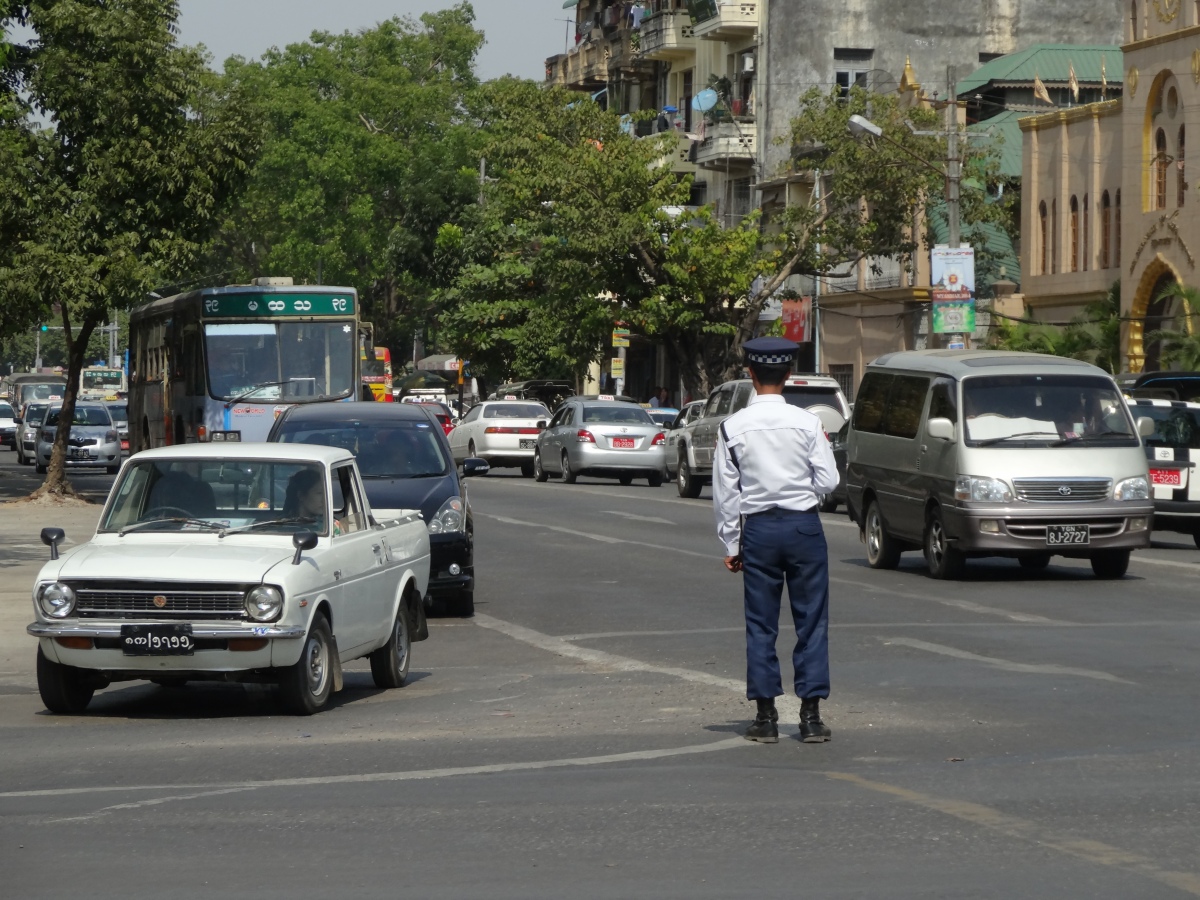 Following the end of British rule in 1948, Burma fell under authoritarian rule for nearly six decades. With limits of free speech, a police state, and a government-run economy under a military dictatorship, Burma’s economy suffered mightily. Today’s bustling shops and streets are in sharp contrast to what the country faced several decades ago. The lack of economic activity with the rest of the world left behind two very visible legacies: beautiful, yet crumbling, Victorian-style British colonial architecture and old, rusting, imported cars with right and left-side steering wheels all driving on the right side of the road. 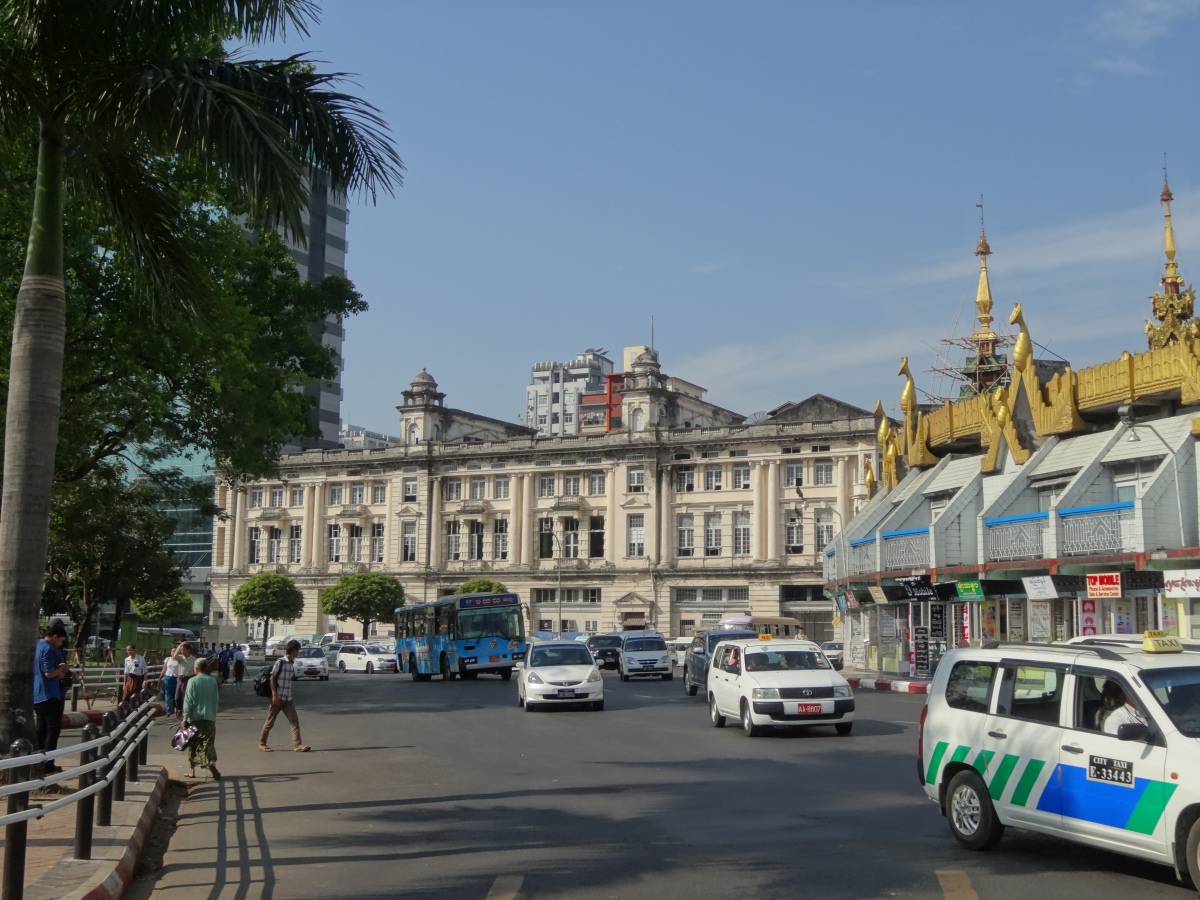 I was prepared to see old vehicles on the streets of Rangoon when I arrived last year, but I certainly did not expect to see the wide array of Japanese and Korean imports that I did. As a Japanese speaker, it was fascinating to encounter decades-old Japanese tour busses and refurbished kindergarten (幼稚園) busses on the streets taking Burmese from point A to point B in Rangoon. About seventy percent of the public transportation busses I saw on the streets were second-hand Japanese imports, which still bore the Japanese characters denoting their former purpose and destinations in many parts of Japan. 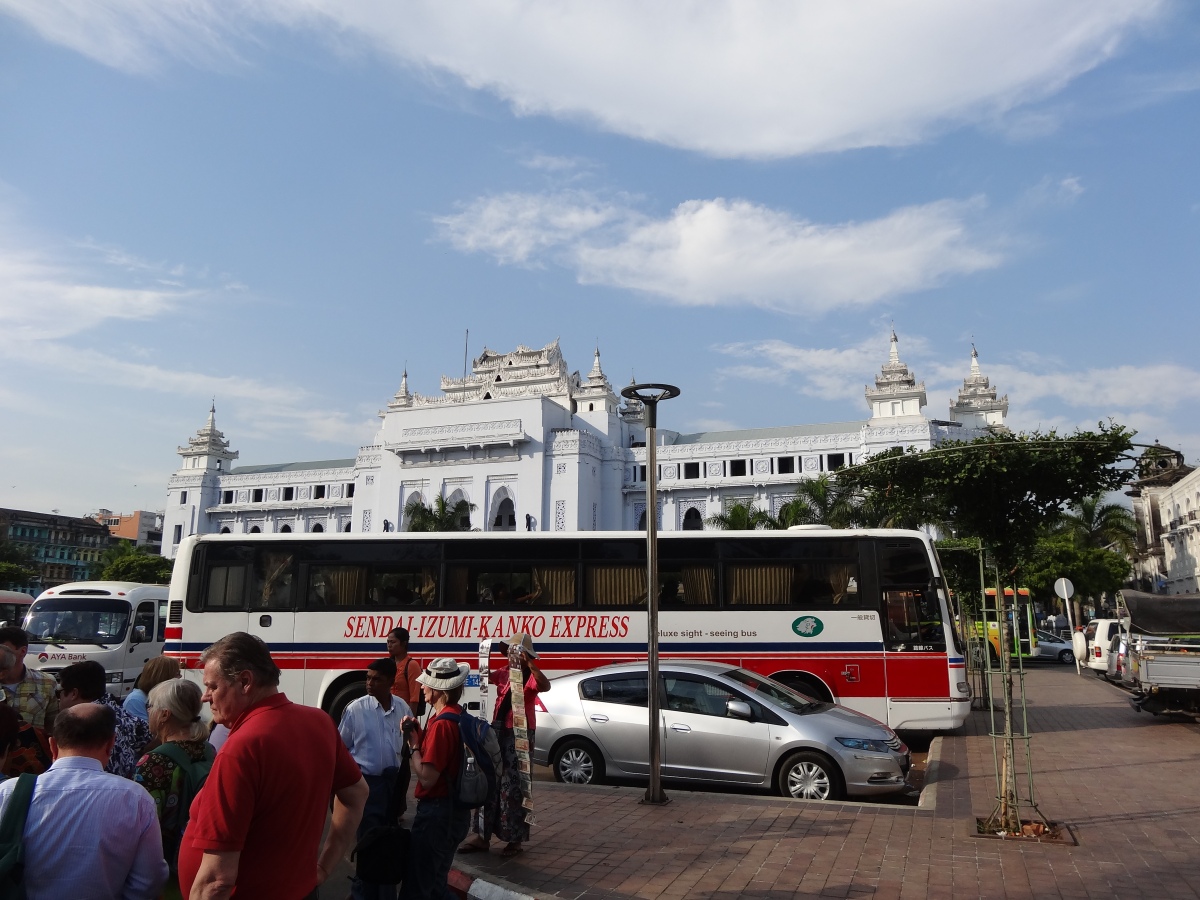 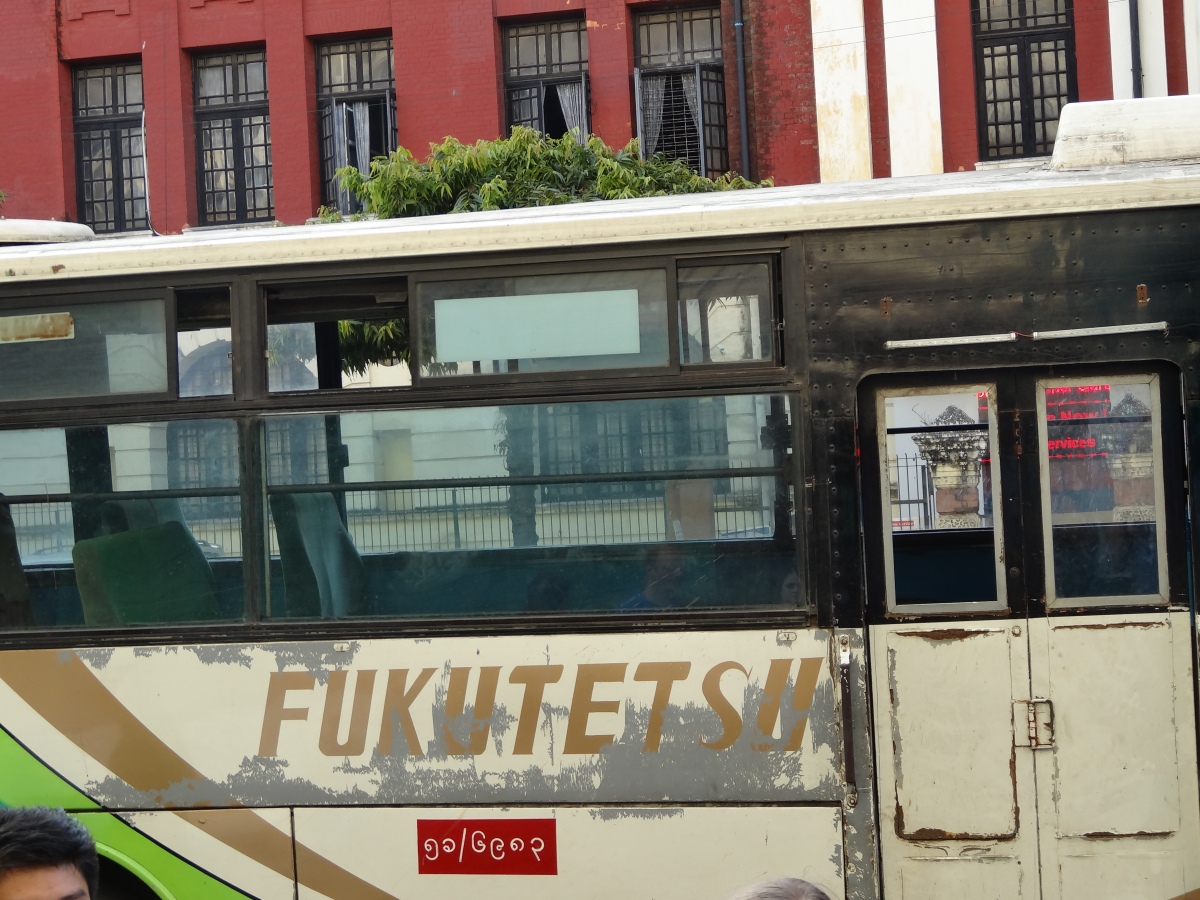 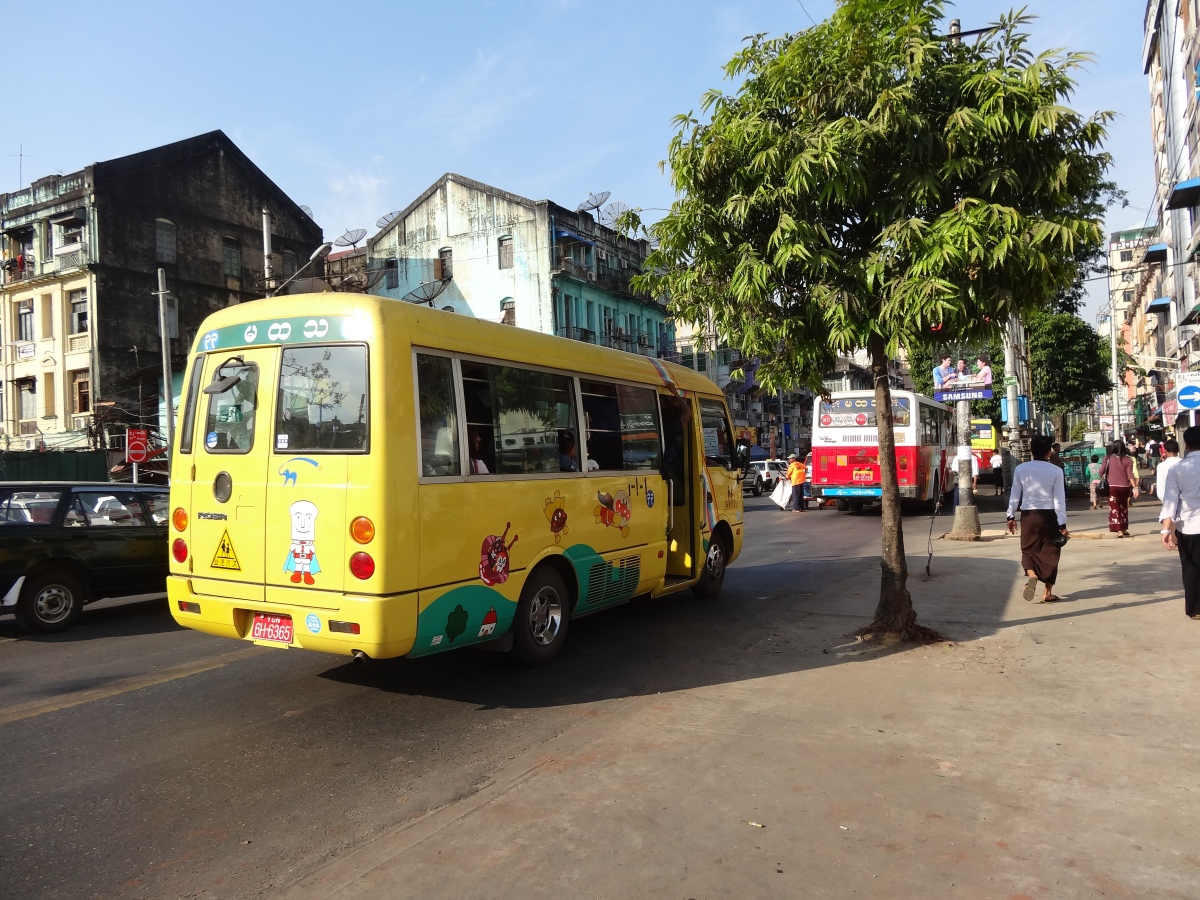 Even old metro busses were refurbished and turned into Rangoon’s public bus system. 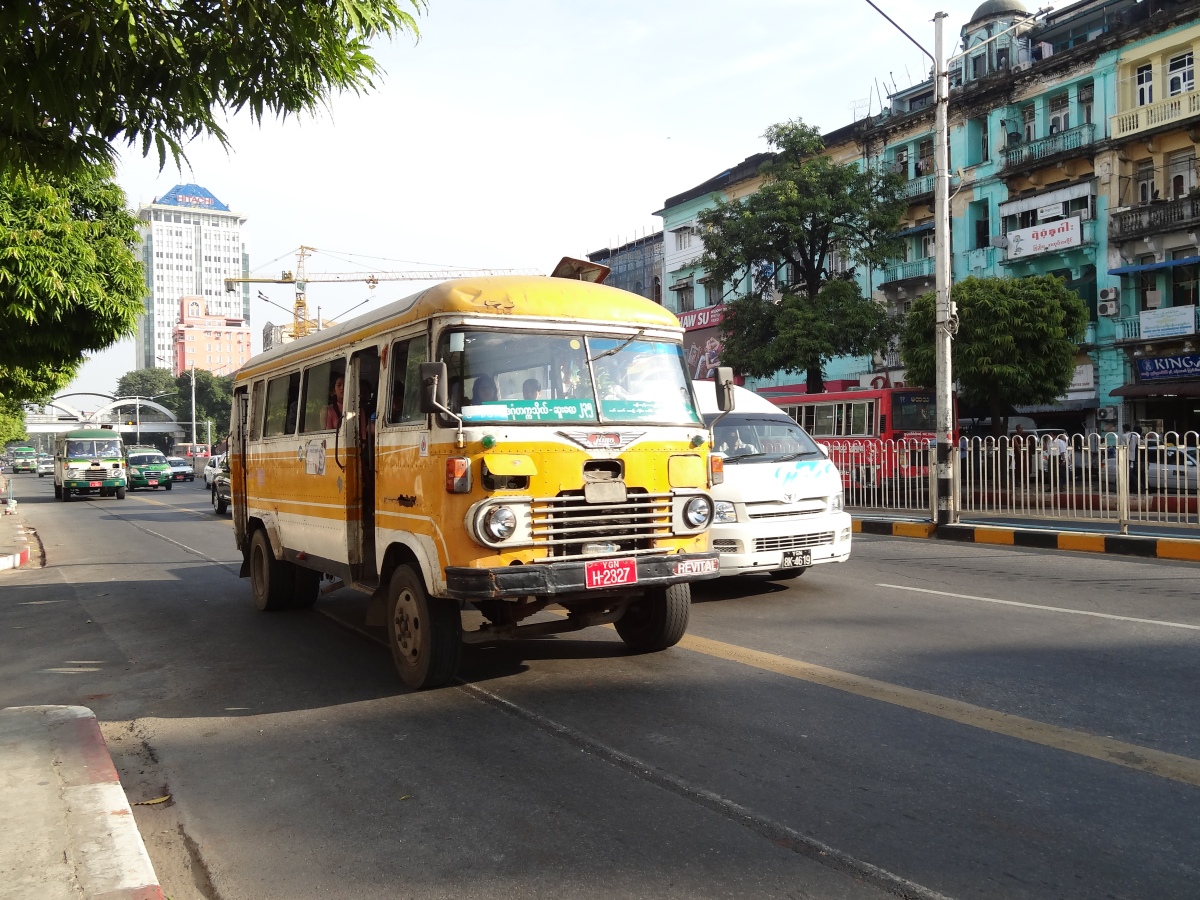 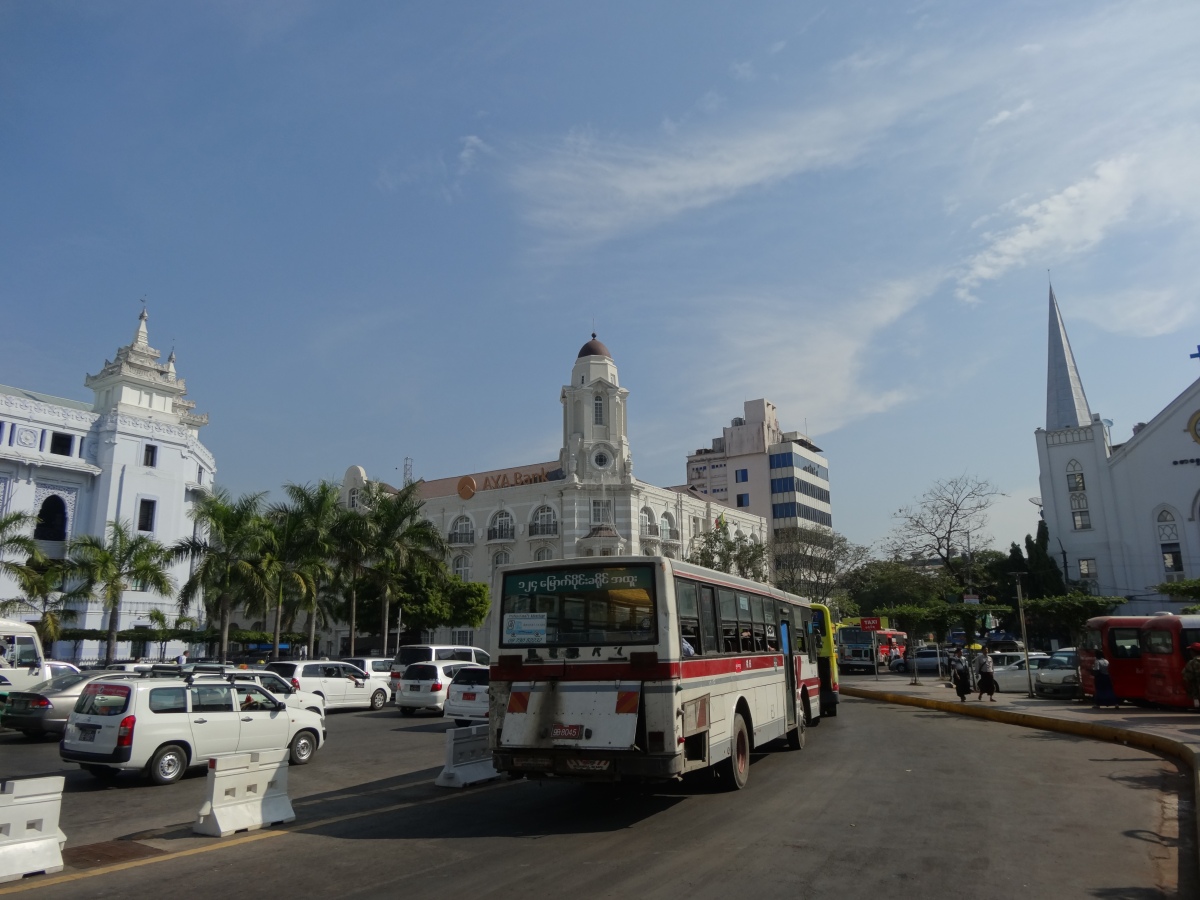 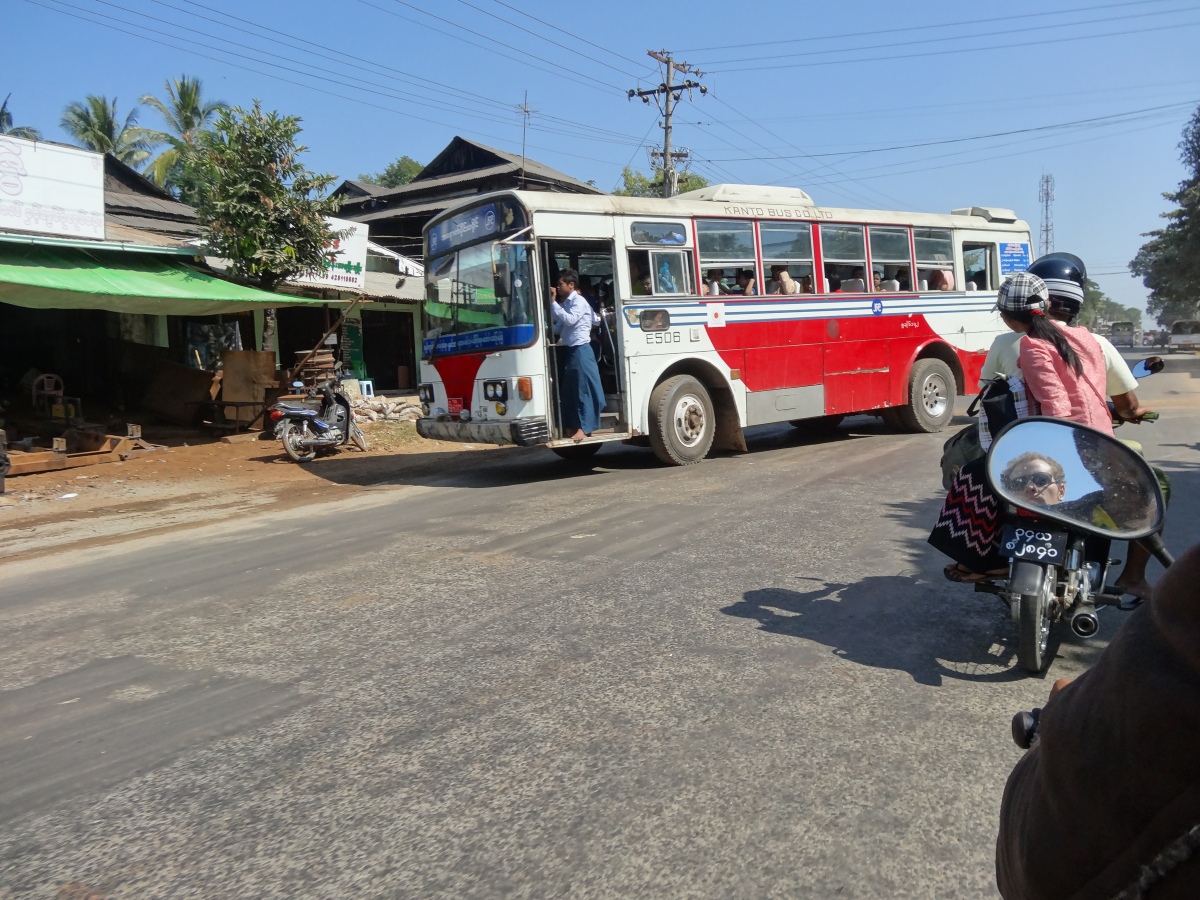 To the untrained eye, this may seem interesting, but because the Japanese drive on the left side of the road, many of these busses were retrofitted with cargo airplane-style netting to seal off the Japanese doors. These doors were replaced with cutout doors to ensure passengers did not get off the bus into oncoming traffic. It was quite fascinating to see these old vehicles still going around Burma. Their bright colors, faded façdes, and dirty windows would tell many stories if they could talk . 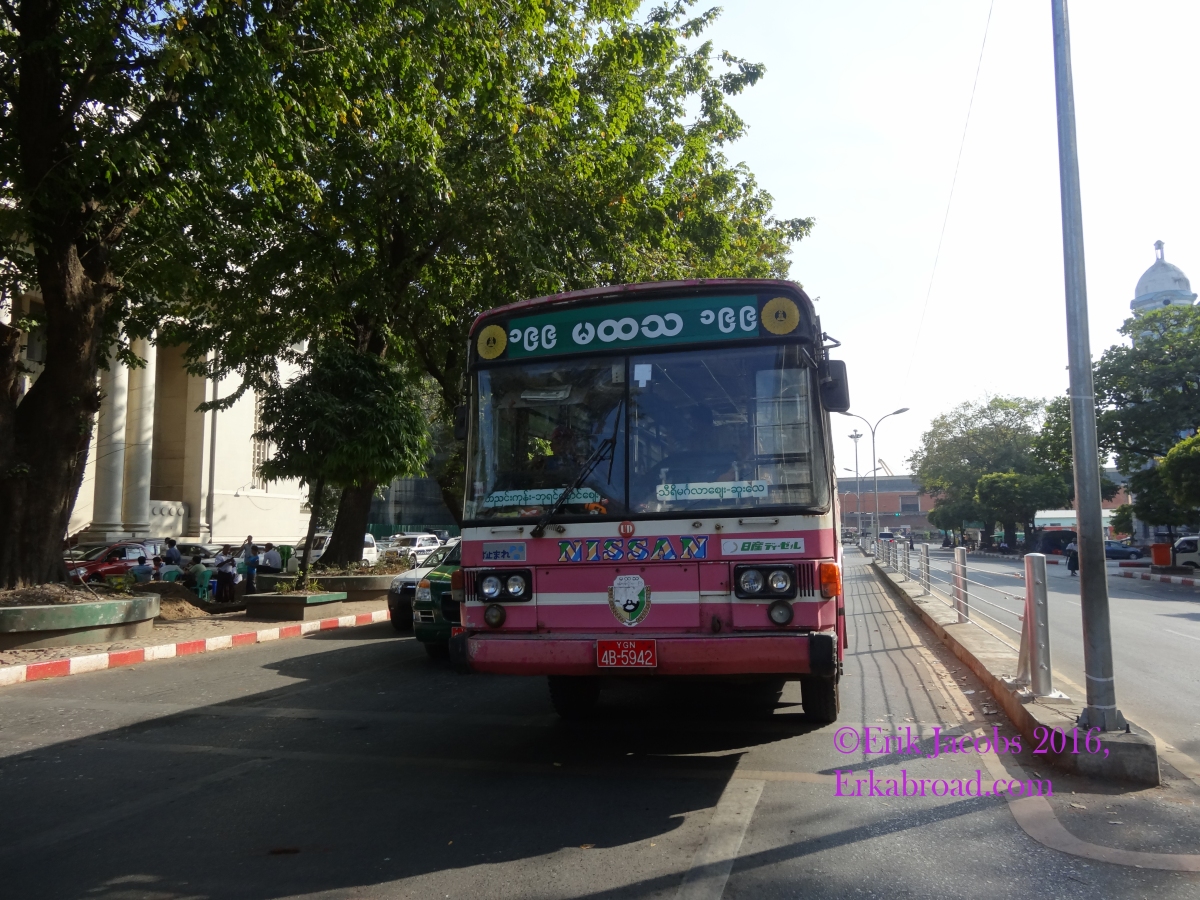 Another interesting aspect of the traffic in Burma was the presence of old Korean public transportation busses that served the same purpose as the Japanese busses on the streets. The only difference between the two is that the Korean busses have left-side steering wheels, making it easier for them to maneuver through the right-side drive Rangoon streets. Much like their Japanese counterparts, the Korean busses were very visible as Burmese script covered up or surrounded Hangul as if it was not even there. 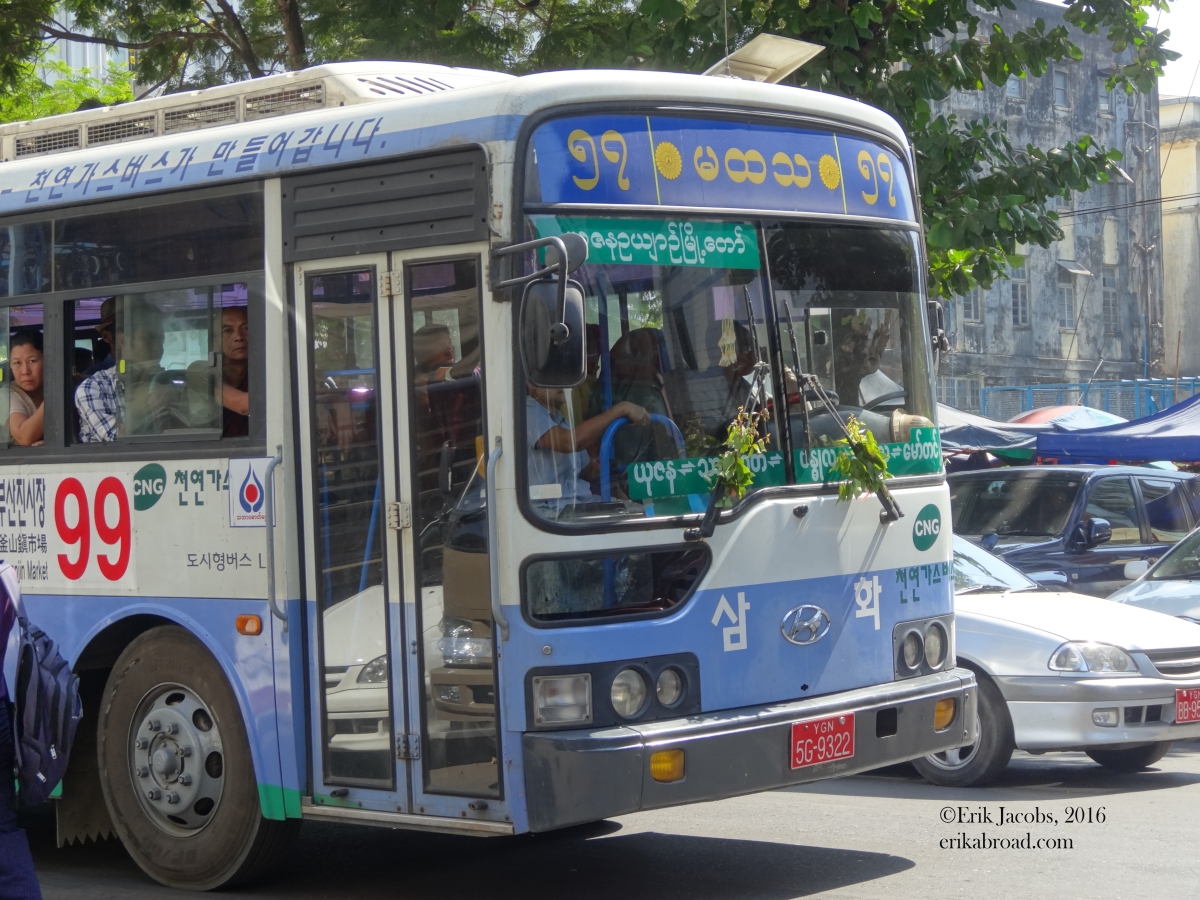 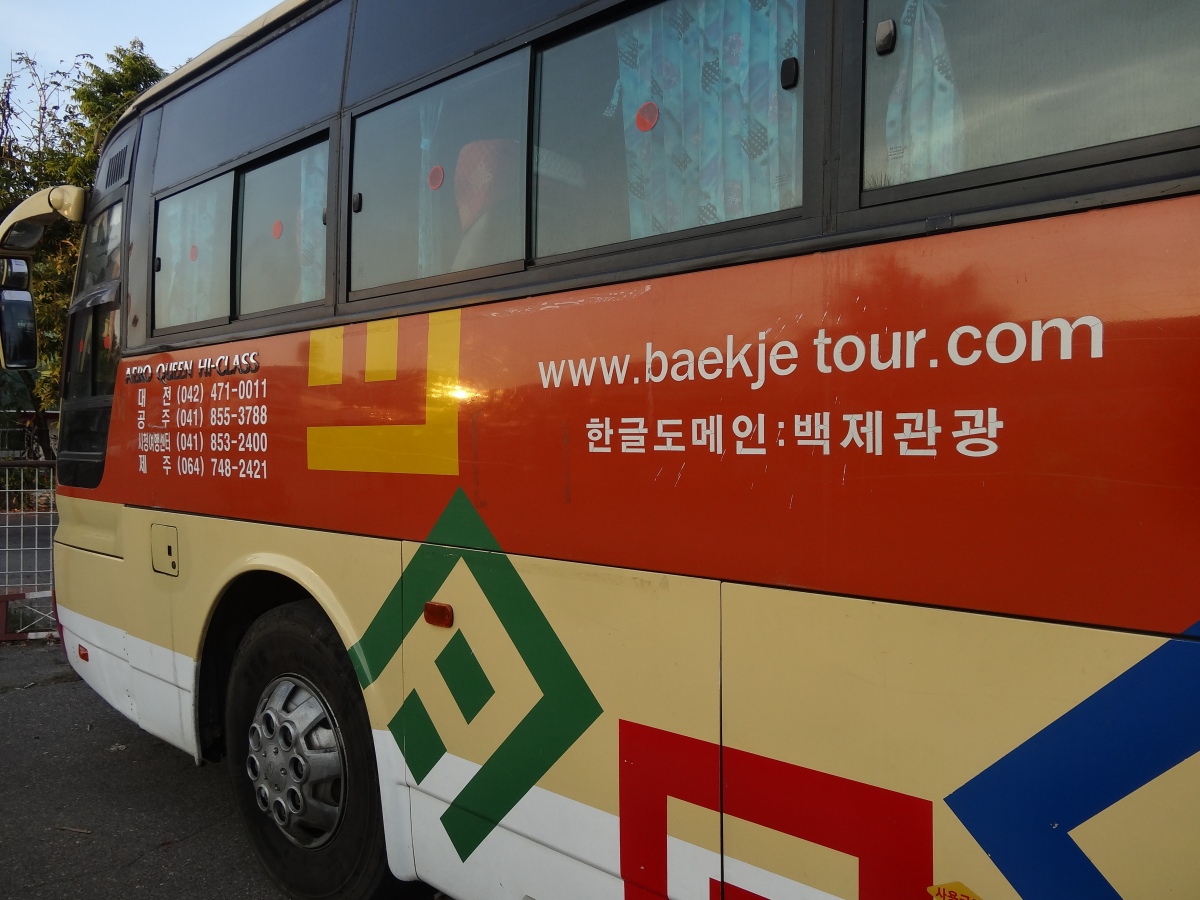 Without money to repaint or strip advertising off of these busses and cars, Rangoon’s streets offer the chance to see a virtual boneyard of Japanese and Korean public transportation vehicles on their last legs. 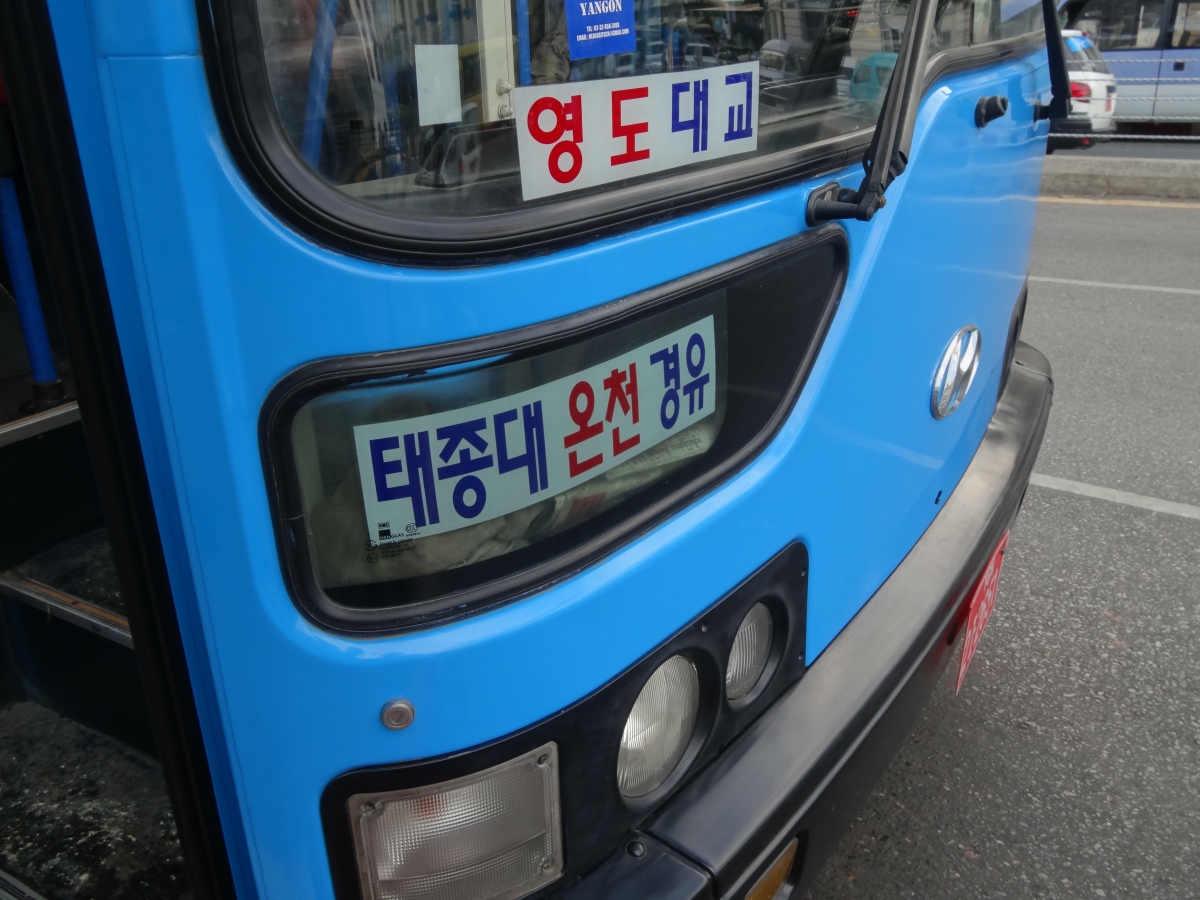 Away from Rangoon’s city center and in other, more rural parts, like Bago, you can also encounter Soviet and Chinese-issued military vehicles that have been retrofitted and refurbished for both civilian and military purposes. 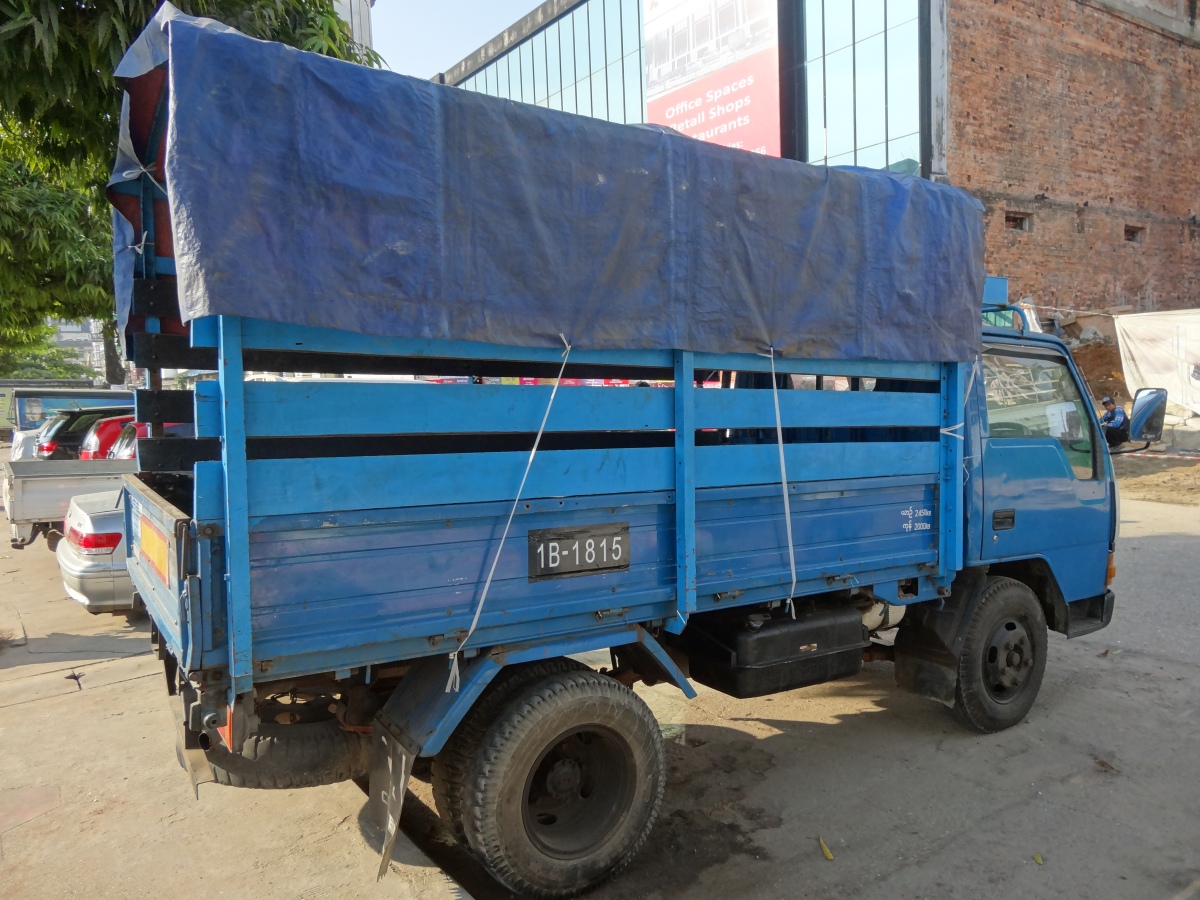 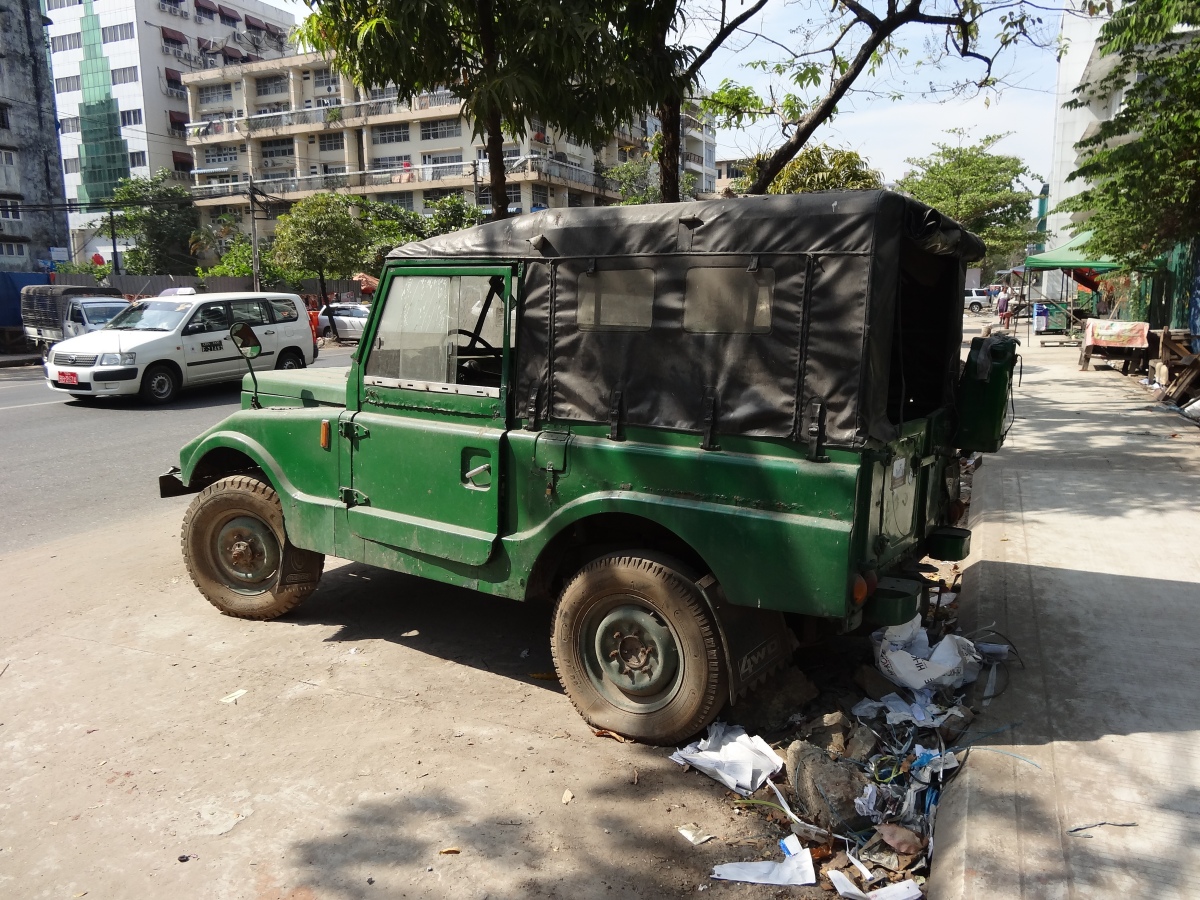 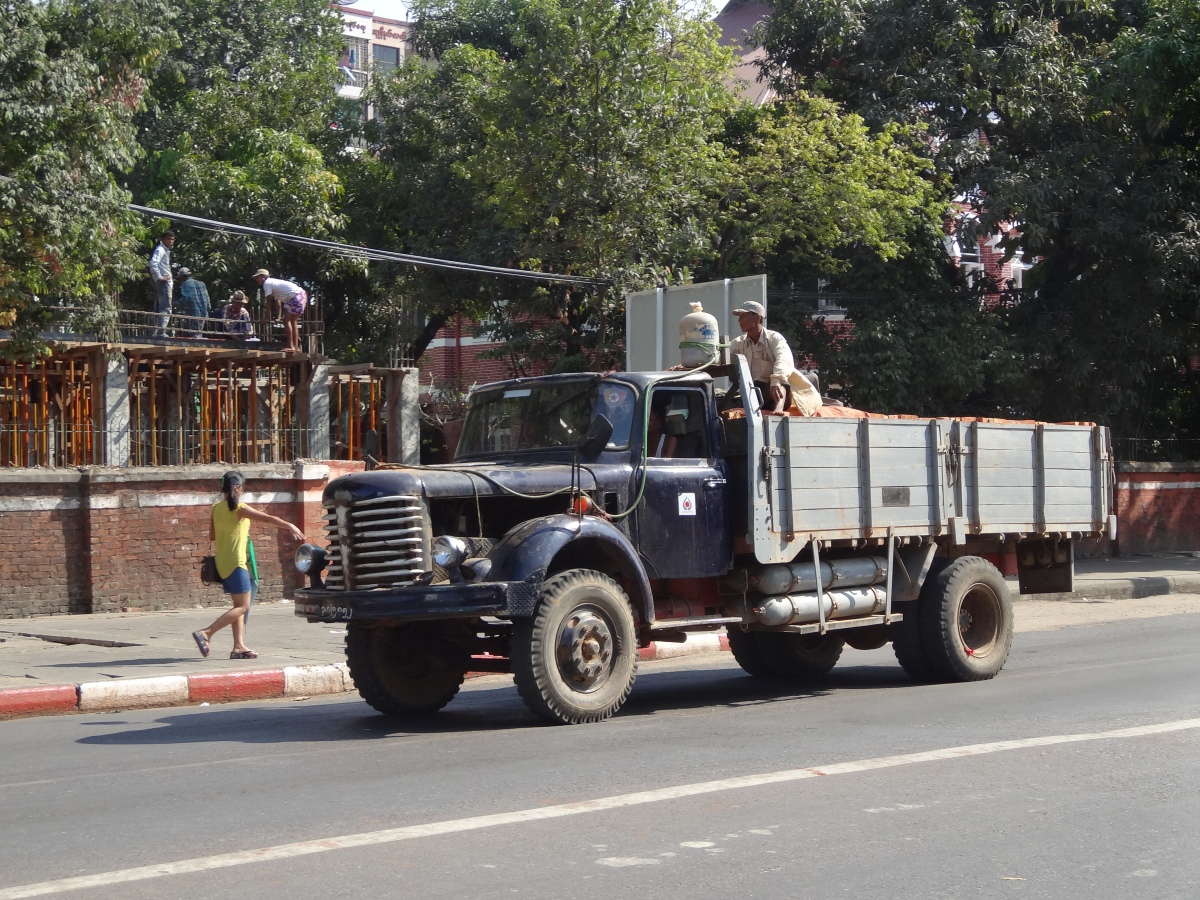 While many tourists come to Burma to enjoy the famous Buddhist sites like Shwedagon Pagoda and other towns like Bago and Pagan, there is much to see in Rangoon. Aside from the fantastic British architecture, car enthusiasts should set aside some time to see the boneyard that exists on Burma’s streets and alleyways.

This “Good By” bus is a fitting end to this article. 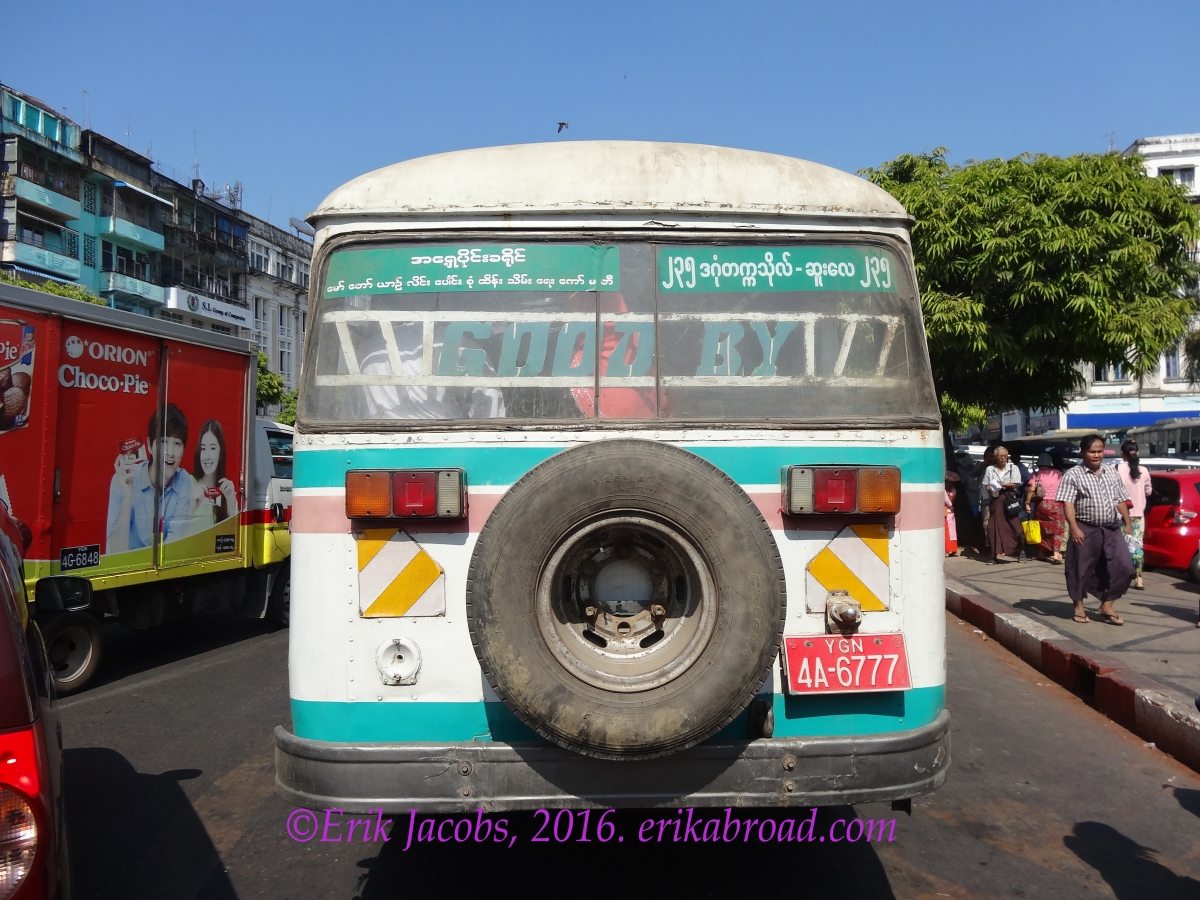